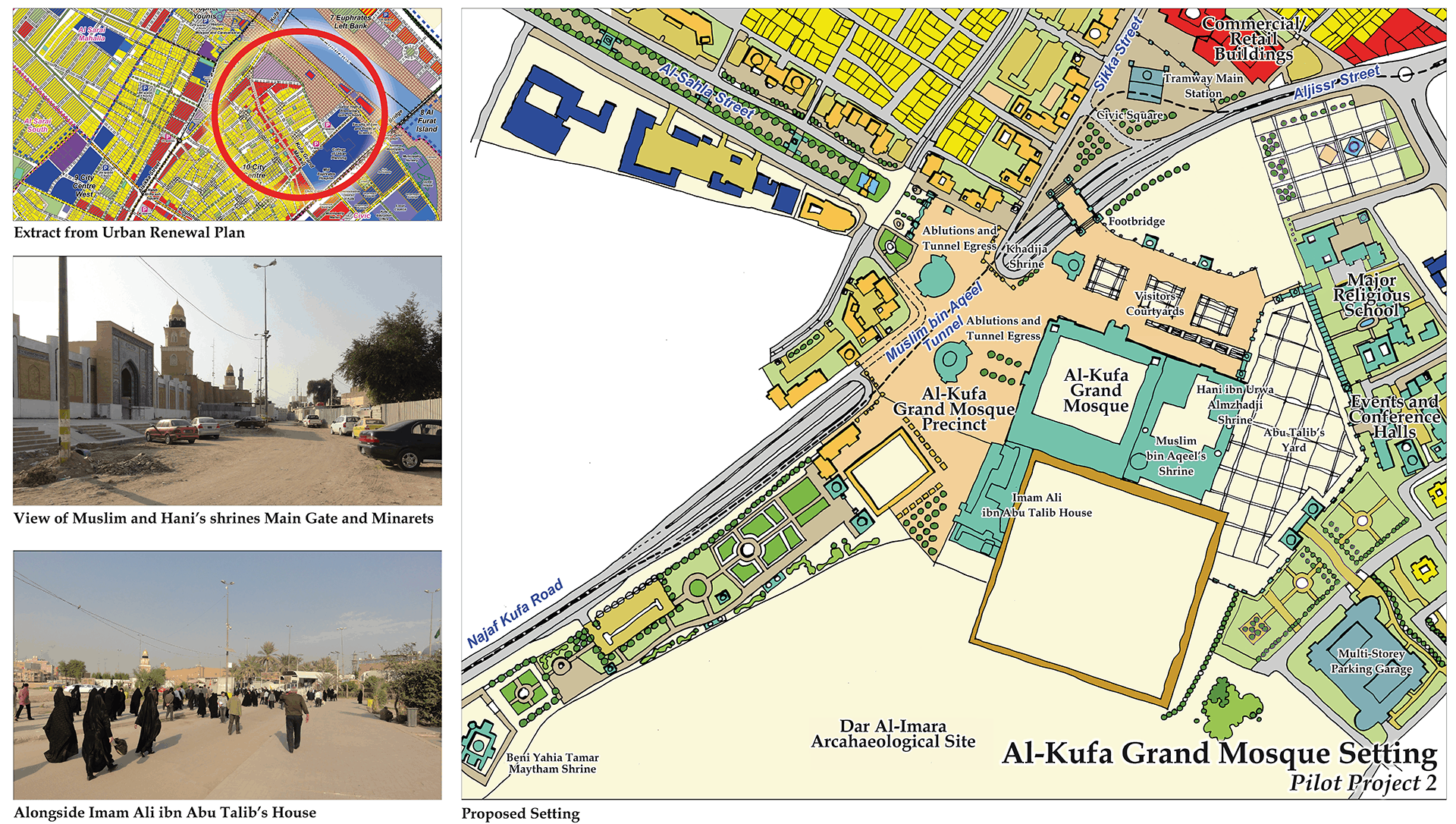 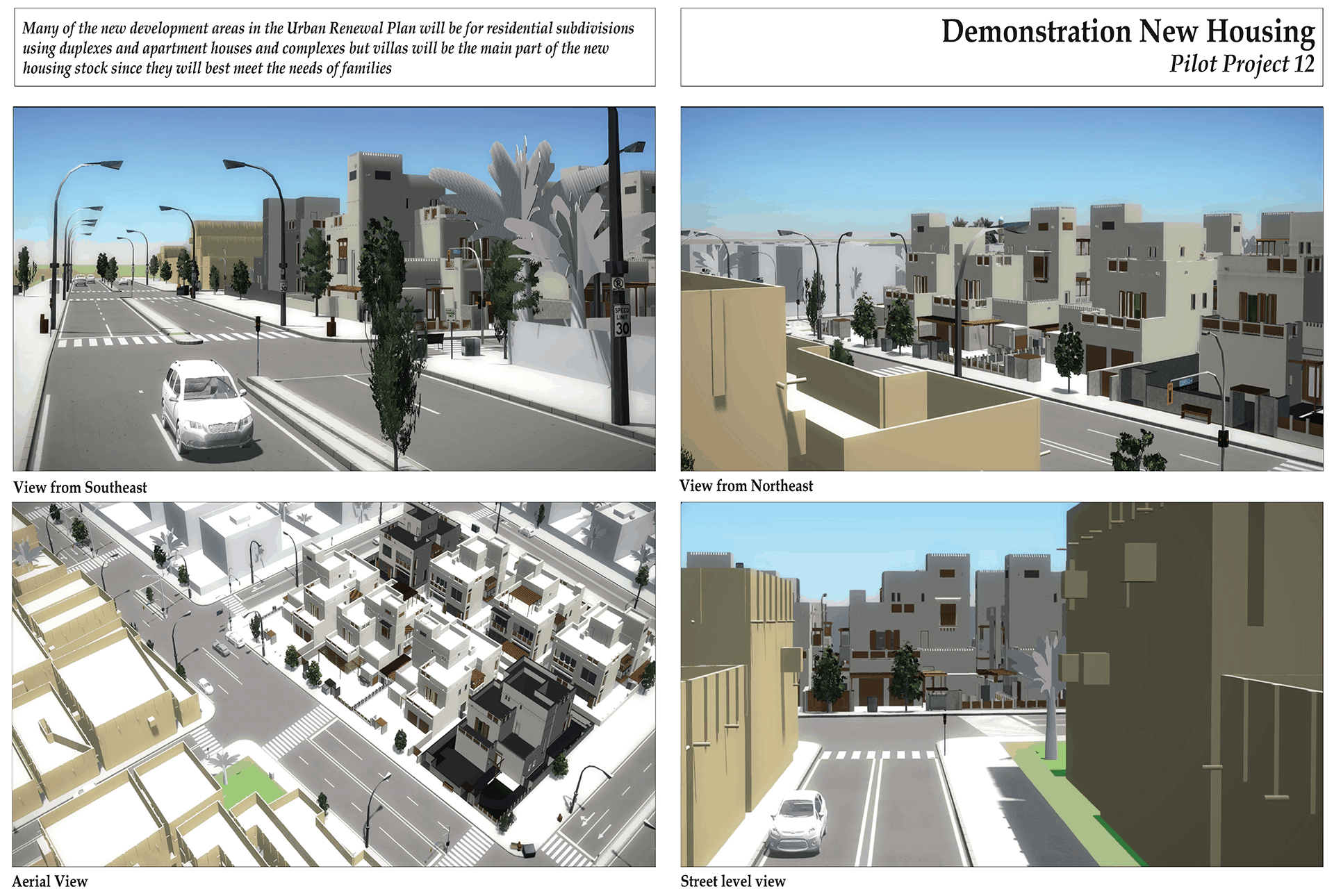 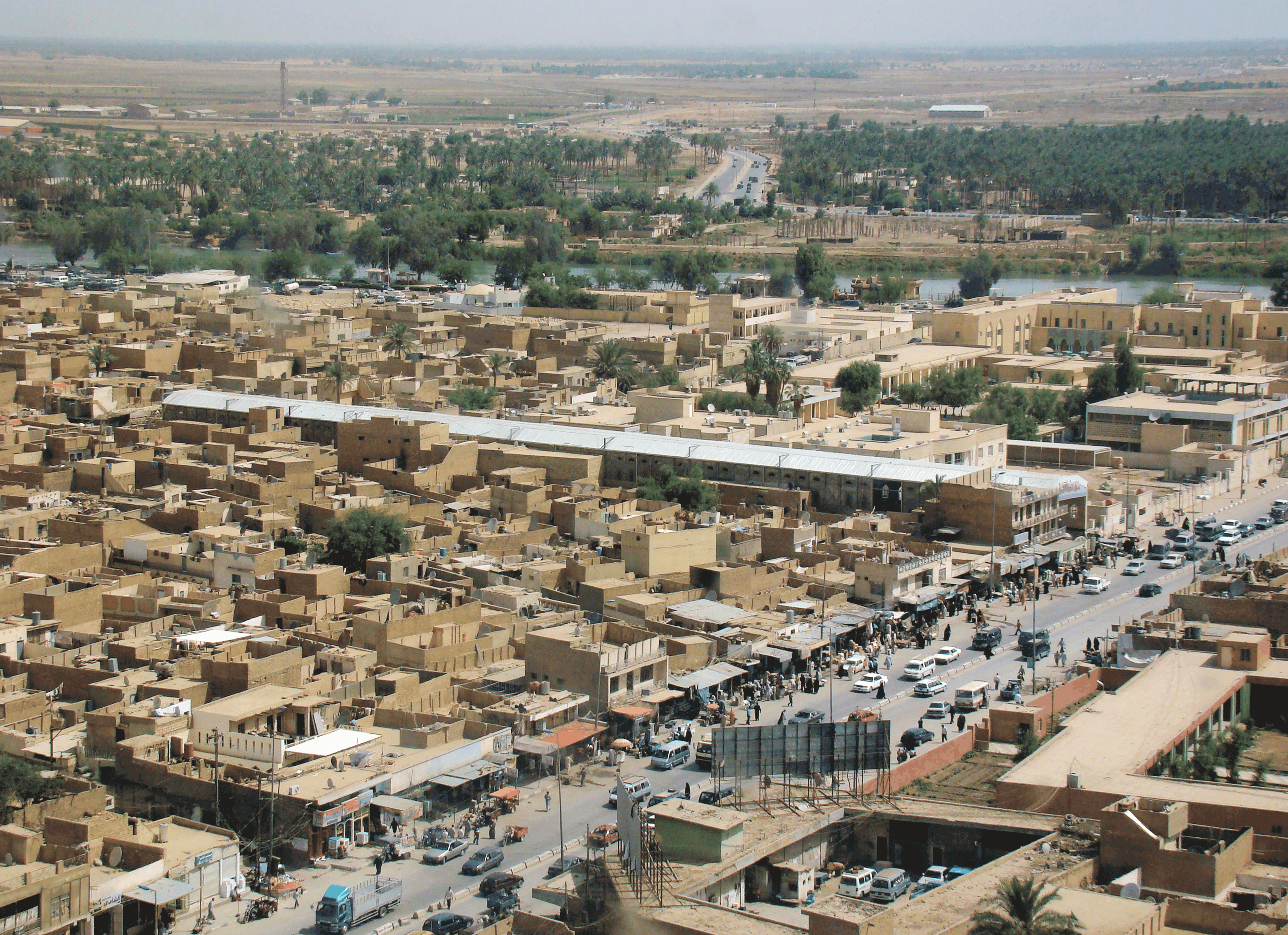 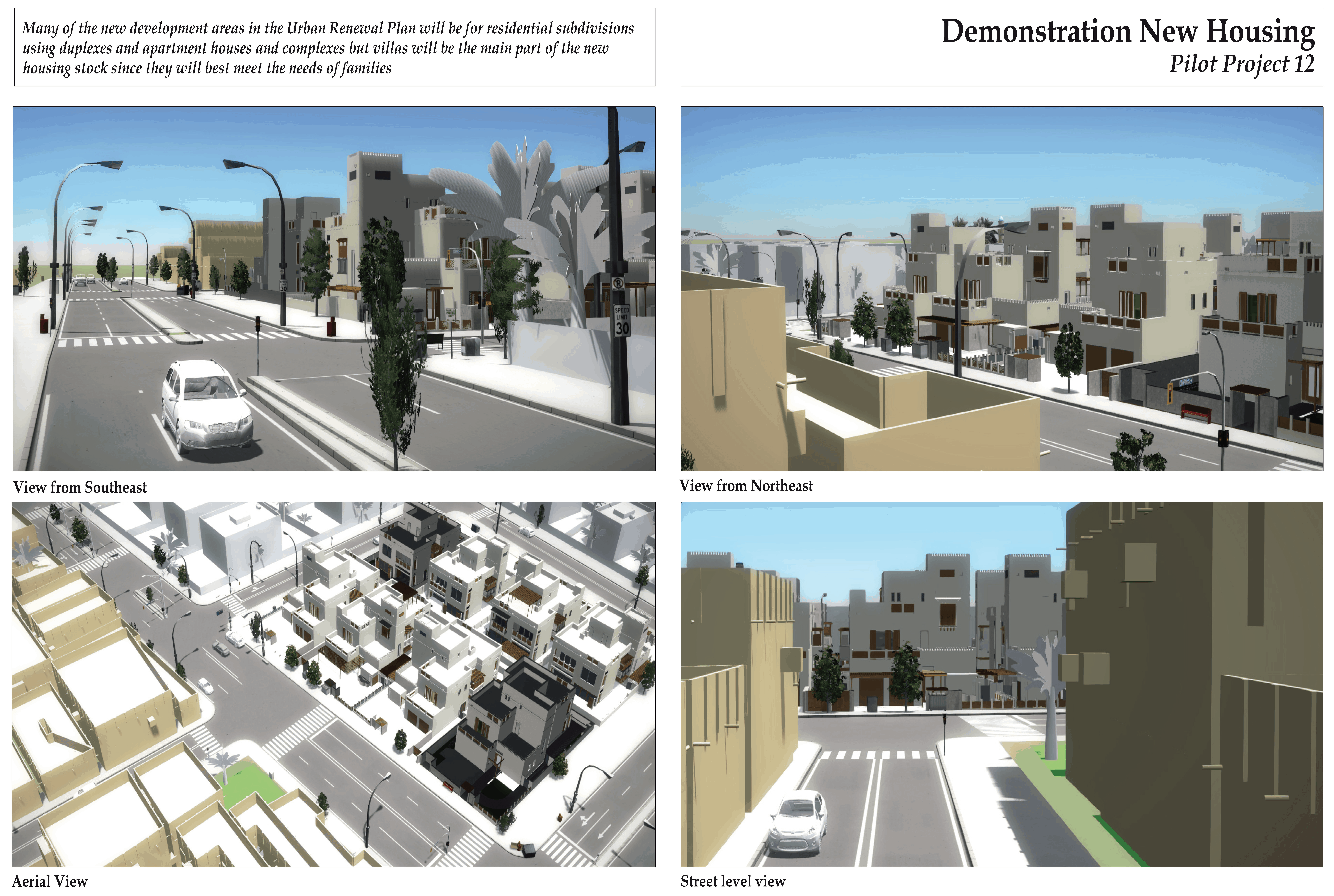 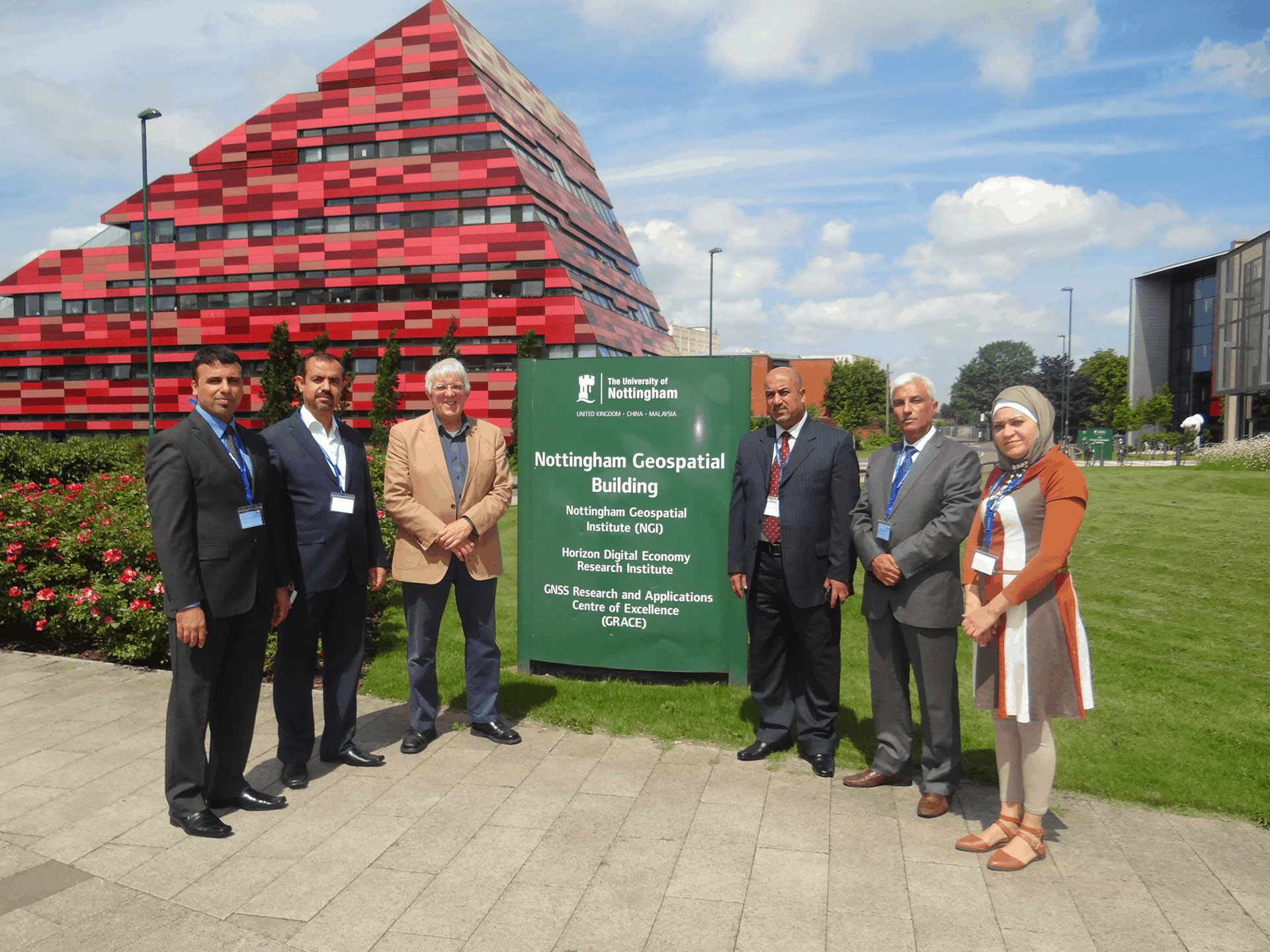 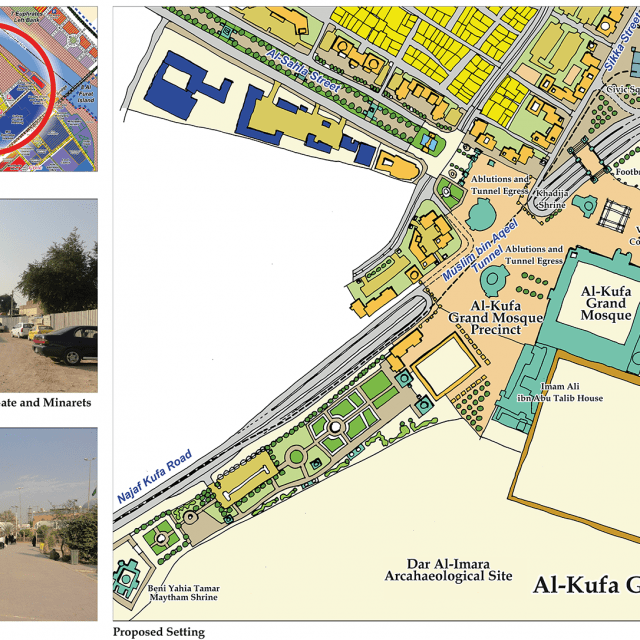 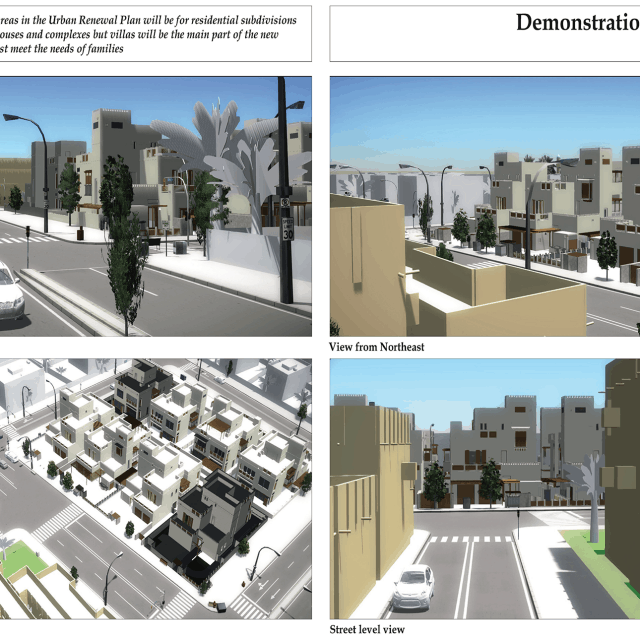 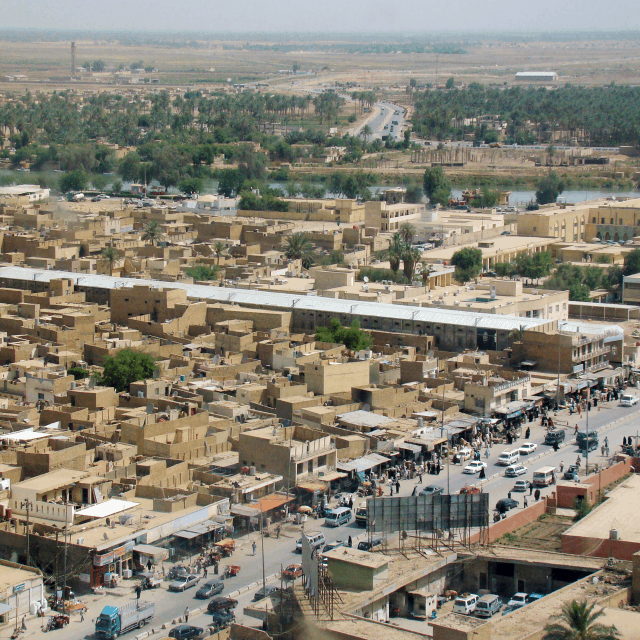 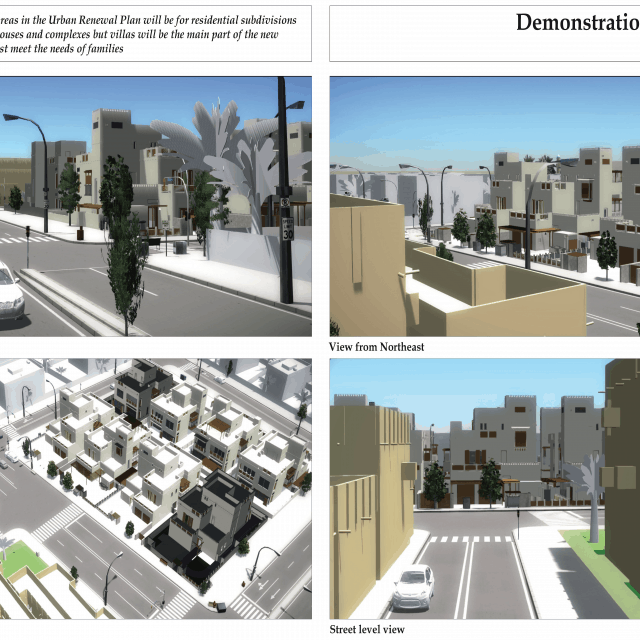 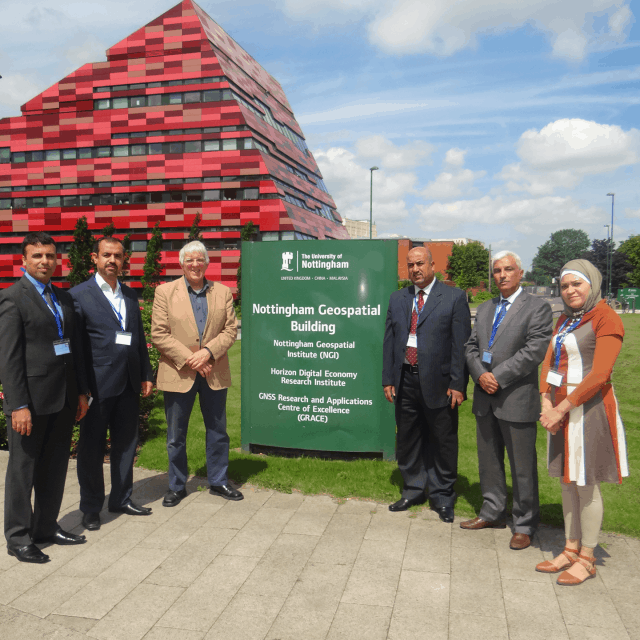 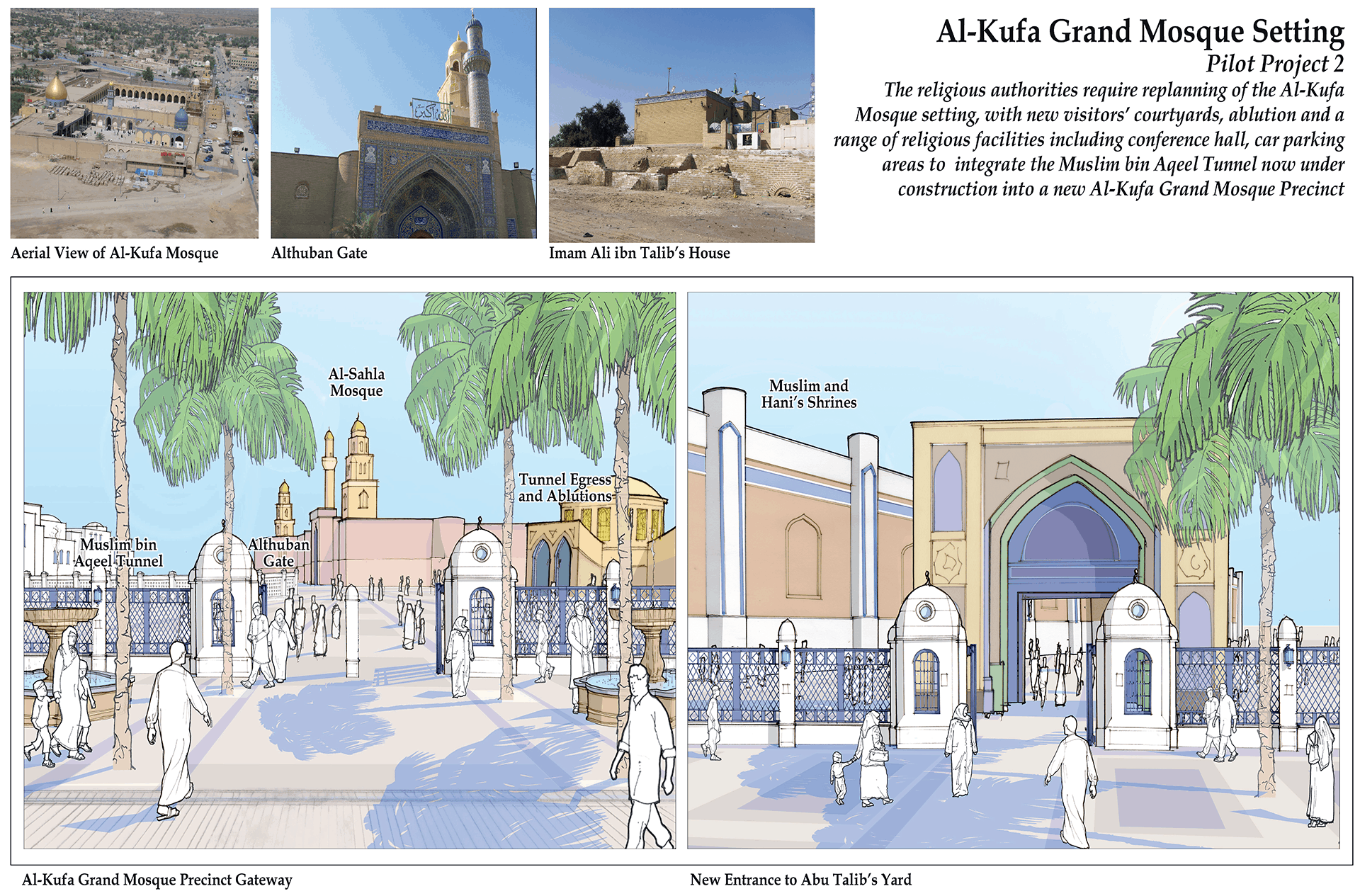 As part of our work on the urban renewal plan we prepared a number of pilot projects for Kufa City Centre.  One of the earliest mosques in Islam is located in Kufa – the Great Mosque dating from the 7th century.

The work formed as part of the detailed studies for the project and presented in a separate volume of wall display sheets for public consultation.

There were two key pilot projects to demonstrate how new housing could be implemented, in addition to the renewal of housing with the city centre which was designated as a conservation area.

The housing sites within the city centre were chosen to be relatively small interventions, chiefly here better access was required and the urban fabric could be then repaired. The new subdivisions respected the existing pattern of plots.